What are the Central Bank's mortgage lending rules?

The Central Bank’s mortgage lending rules were introduced in early 2015 and have fundamentally changed the mortgage market in Ireland. The rules dictate how much you're allowed borrow for a mortgage in relation to your income, as well as how much you're obliged to save and provide in the form of a deposit, and are designed to ensure that banks and other lenders lend money sensibly.

Whether you're a first-time buyer or otherwise, if you're looking to get a mortgage, the very first thing you need to do is get up-to-speed with the Central Bank’s mortgage lending rules. In short these rules dictate how much money you're allowed to borrow in relation to your income and how much money you need to provide upfront for a deposit.

Despite political pressure from both the banks and Government for the rules to be loosened, they've remained largely the same since they were first introduced.

On 4th December 2019, following a review, the Central Bank announced that the rules would remain the same for at least another year.

What are the Central Bank’s mortgage lending rules?

There are two main rules that you need to be aware of:

The Central Bank's rules limit the maximum amount someone can borrow to 3.5 times their annual income, regardless of how much they earn.

However, in any one calendar year, 20% of mortgages that lenders give out to first-time buyers can be above this cap. For second-time and subsequent buyers, 10% of mortgages are allowed breach the loan-to-income rule. In these cases, often called 'exemptions', up to 4.5 times an applicant's income can be lent out in come cases.

The second major mortgage lending rule relates to the loan-to-value ratios that lenders are required to observe. This refers to the percentage of the property’s value that you can borrow and how much of it you must pay for upfront in the form of a deposit.

First-time buyers are allowed a maximum loan-to-value of 90%, meaning they're required to provide a minimum deposit of 10% upfront for any property. This percentage goes up to 20% for second-time and subsequent buyers.

Similarly, if you're a second-time or subsequent buyer, you'll need to provide a deposit of €60,000 before applying for the remaining €240,000.

How do I get an exemption?

Firstly you need to know that you can usually only get an exemption under ONE of the lending rules. It's extremely rare that a bank will allow you to breach both the loan-to-income limit as well as the loan-to-value ratio. It's either one or the other.

Whether you get an exemption will depend on your credit worthiness, the quality of your mortgage application and whether the lender still has room to give out an exemption.

Exemptions are often all used up by the middle of the calendar year, so if you want to apply for one, the earlier in the year that you apply for your mortgage the better.

Banks also tend to give exemptions to people on higher incomes, which means around €50,000 or above for a single applicant and €75,000 and above for a joint application.

If you're thinking of switching your mortgage then the Central Bank's rules don't apply. However most banks won't let you switch if you're in negative equity and most will require you to have at least 10% equity in your home.

So, now that you know how much you're allowed to borrow in theory, what next?

In order to avoid becoming bamboozled during meetings with the bank or mortgage broker, it’s a good idea to familiarise yourself with some the mortgage related buzzwords you're likely to come across in your mortgage journey. 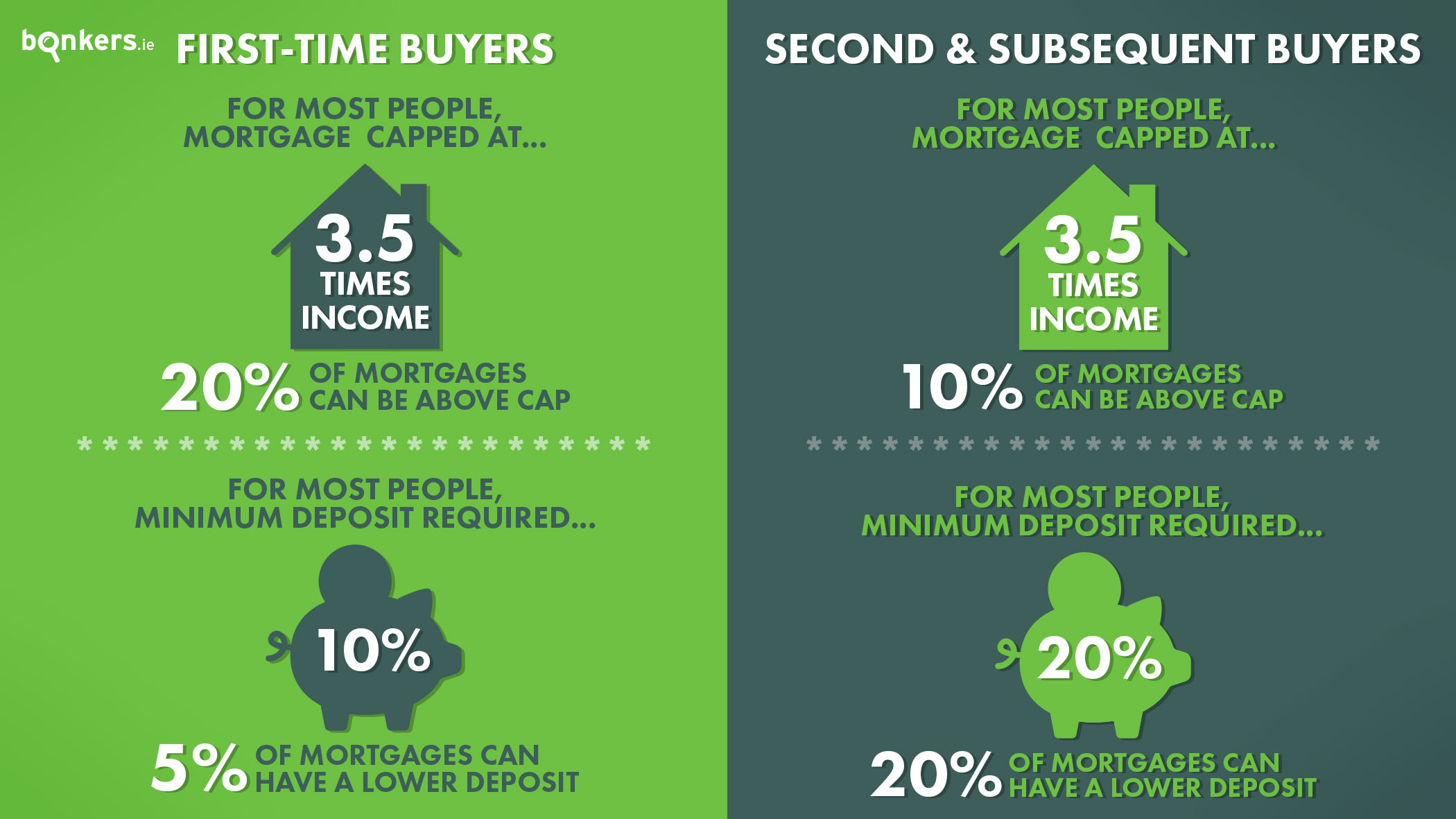