Ireland is by no means a cheap place to live. But have you ever wondered why it's so expensive? We decided to investigate.

They say that only two things are certain in life. Taxes and death. And in Ireland the Government certainly knows how to tax us.

At 23%, our standard rate of VAT is one of the highest in the world and this feeds through into higher consumer prices.

When you buy adult clothes and shoes, perfume, smartphones, computers, TVs, you name it, almost one quarter of the price you pay goes directly to the Government in the form of VAT.

On top of VAT, certain products like cigarettes, petrol, diesel and alcohol also attract excise duty, which is really just another form of tax. And rates here are again among the highest in the world.

Similarly, over 50% (c. €0.90) of the price you pay at the pump for a litre of petrol goes directly to the Government in the form of excise duty, VAT and carbon tax. Meanwhile, Vehicle Registration Tax (VRT) will add thousands to the cost of a new car here. Lovely!

Very often, the difference between what we pay for something here in Ireland and what consumers are charged elsewhere is due entirely to taxation. 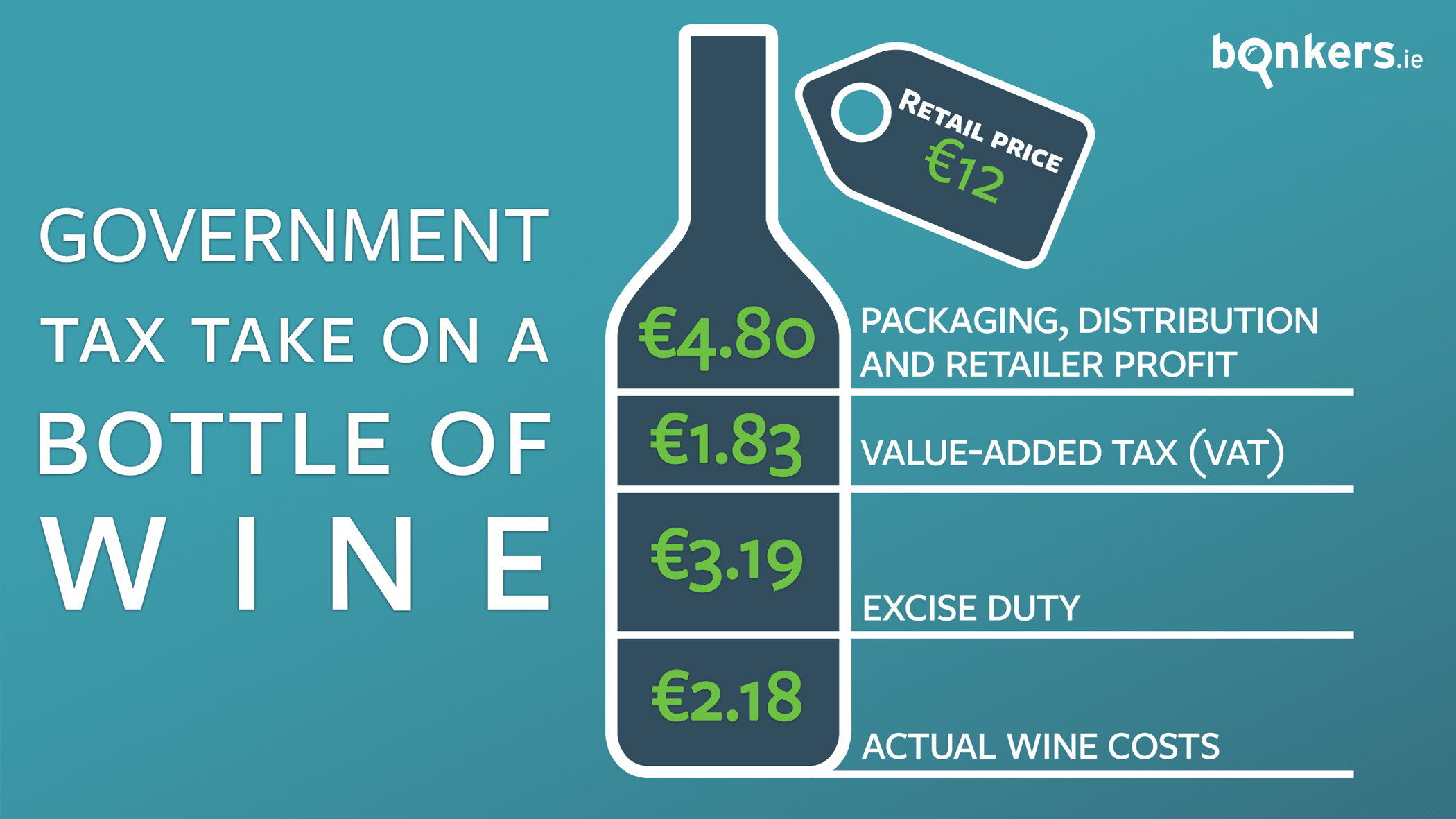 You don’t need a Master’s in Geography to know that we live on a small island on the edge of the Atlantic. A sea lies between us and our nearest neighbour to the east, while America is the nearest land 4,000km away to our west.

This means that there’s an added transportation cost when we import goods from abroad.

For example most of our gas has to cross the Irish sea through a pipeline from Scotland while everyday products which might be transported throughout Europe by train or lorry, have to make the final journey to Ireland by ferry or plane.

Then when goods finally do arrive on our shores, our low population density and poor transport infrastructure, make getting the products onto shelves more expensive than it otherwise should be.

We have a major lack of natural resources in Ireland meaning a huge amount of what we eat, wear and use has to be imported from abroad.

And as outlined above, our relatively isolated, island location means transporting things into the country is more expensive than other countries.

Being an island on the edge of the Atlantic might be great for our tourism and the scenery but it’s not so great for our pockets!

Even after taking into account the differences in business costs and taxes, the foreign multiples like Boots, Tesco and Next routinely charge Irish consumers an extra 5% to 10% simply because they can.

Also, there’s a cultural issue at play here. Most Irish people, if we’re being honest, HATE tightfistedness and almost look down upon people who love to watch every penny. Yet in many other countries it’s considered totally acceptable to haggle, negotiate, and shop around for better value or to gloat about that €3 you saved on razors by paying with your coupon! In Ireland...not so much.

This inertia is also a reason why switching rates in Ireland are quite low. As we always say here at bonkers.ie, switching saves! If you’ve been with your current supplier for over a year or so, the chances are you’re overpaying.

Consumers in other countries are far more likely to shop around and switch to get a better deal than consumers here. So why not join them?

As we explained at the start of this article, Government taxation is a major reason why things are so expensive in Ireland. However sometimes the opposite - government subsidies - or rather a lack of them, can be the reason.

In many European countries in particular; health care, transport and childcare are all heavily subsided by governments for various social reasons, meaning the cost of a monthly train ticket, GP visit, or a week's creche fees is far lower than it otherwise would be if the 'free market' was setting the price.

Not so in Ireland where the Government pumps far less into subsidising public services than other governments do, meaning we pay the among the highest fees for transport, healthcare and childcare in Europe. Which of course makes you wonder just what we're paying all our taxes for...

You don’t need to be an economist to be familiar with the term economies of scale. And as a small country with a population of under five million people, we simply don’t benefit from the same economies of scale that other countries do.

Many everyday items like groceries and toiletries are cheaper in countries like the UK and Germany because they’ve often been bought in bulk, in quantities 10 or 15 times greater than here.

Of course that’s not to say that every small country in the world is expensive. But in general, the smaller the country, the more expensive it is. And Ireland is small by any standards: we rank a lowly number 125 in the world in the list of countries by population. 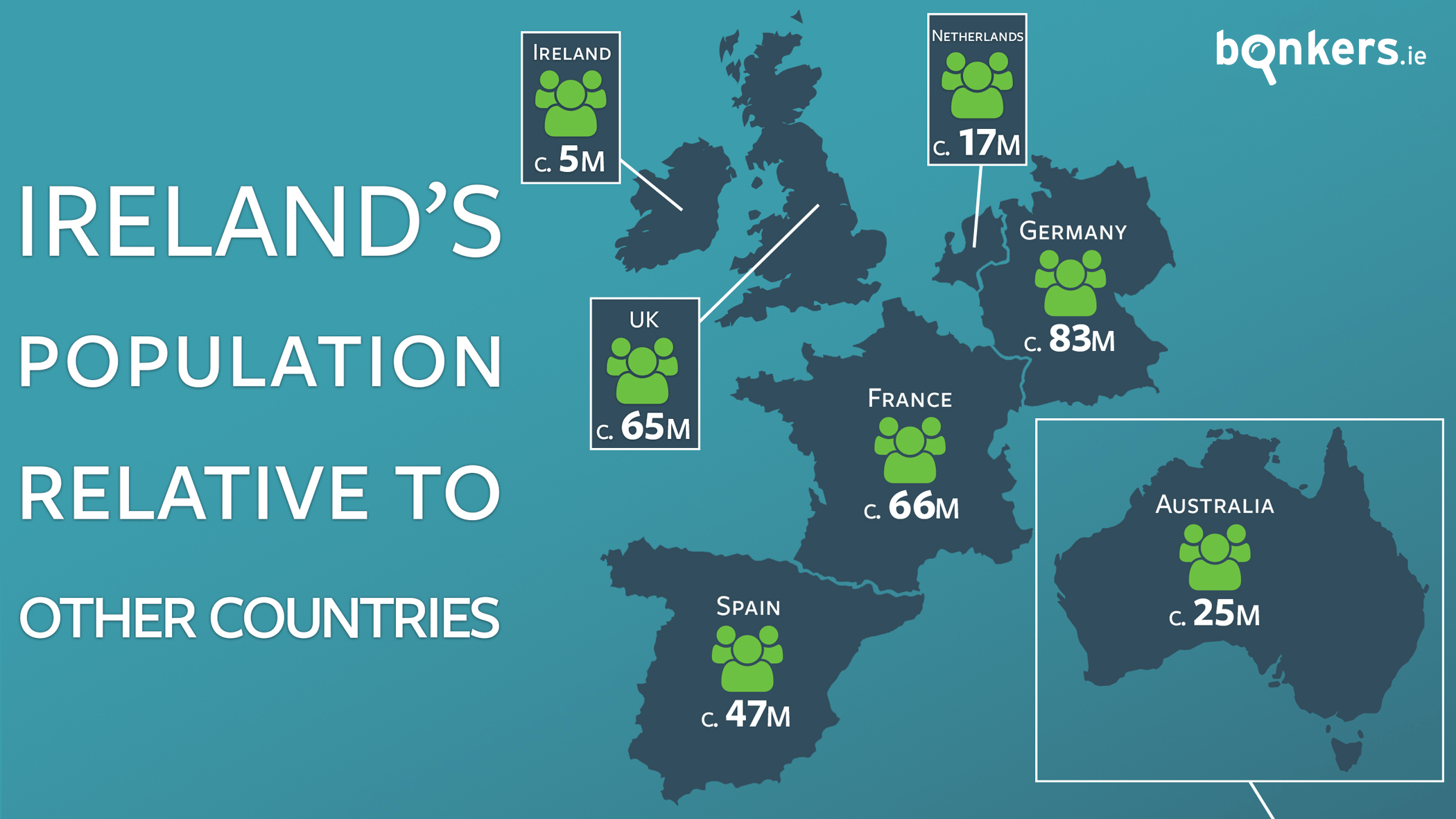 There’s a serious lack of competition in Ireland across many industries. And less competition almost always leads to higher prices for consumers.

From banking, to insurance, to telecommunications and grocery shopping, there are fewer providers supplying Irish customers than in most other countries.

Sometimes the lack of competition simply has to do with our size. Smaller countries naturally have fewer suppliers as there are fewer consumers to serve.

However some of it has to do with anti-competitive practices in certain industries that discourage and prohibit new entrants from entering the market and which need to be tackled.

For example, the legal profession has long been touted as an industry that needs radical reform yet the Government has been unwilling to rock the boat, leading to higher professional fees for consumers. Indeed, reducing legal costs was one of the demands of the Troika as part of Ireland’s bailout in 2010 and remains the only demand that has not yet been implemented.

There have also been rumours of cartel-like behaviour in the car insurance sector for some time. Indeed, following a two-year-long investigation the European Commission just recently told Insurance Ireland, the representative body for insurance companies here, that it has formed the preliminary view that the organisation has been breaching competition rules and engaging in anti-competitive practices in the car insurance market for some time. 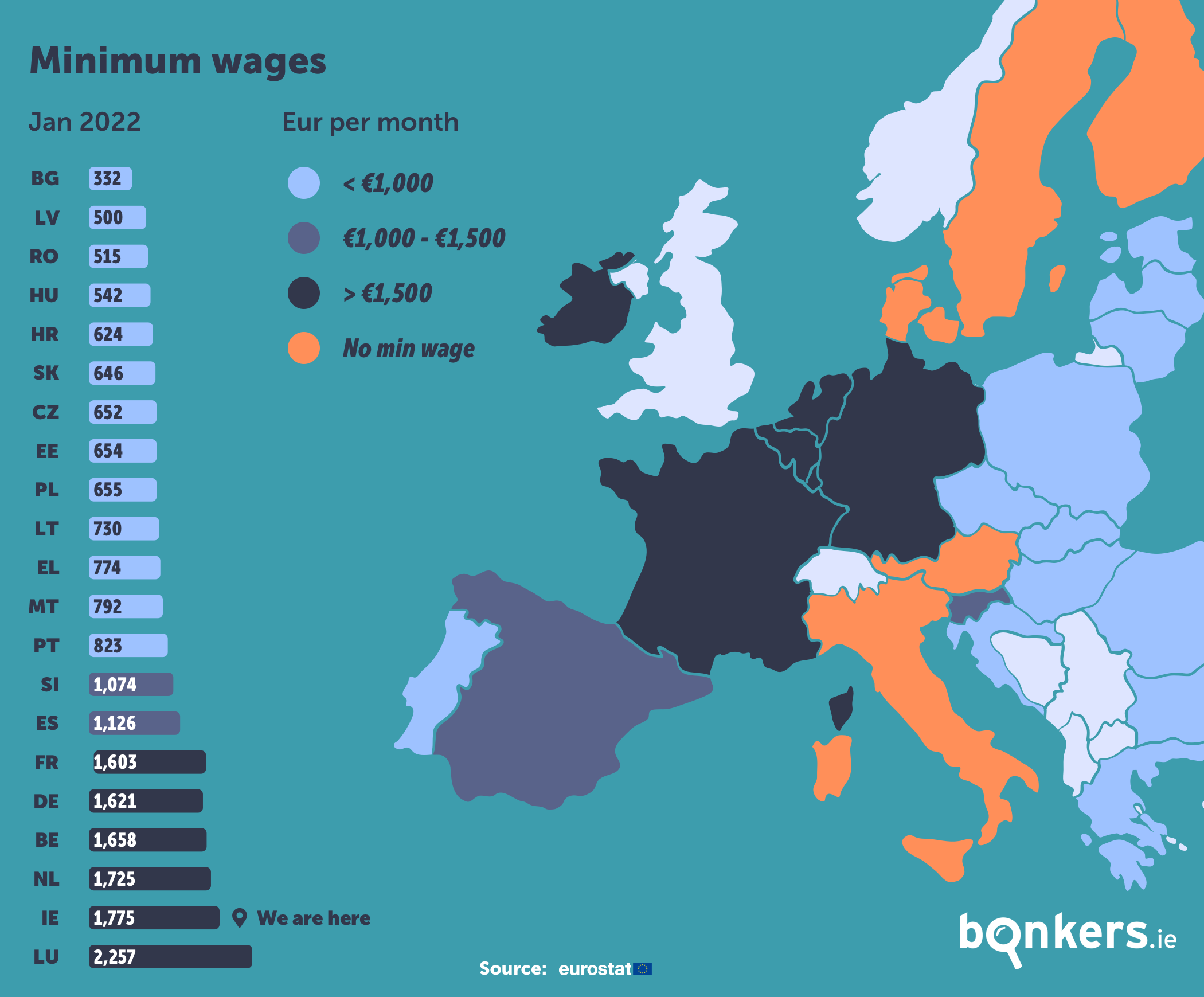 Over the past decade or so 'compo culture' in Ireland has gotten insanely out of hand. So much so that we now make the Americans look bad at it.

In 2007, for instance, there were 133 High Court personal injury cases with court awards. By 2016, there were 390. And this doesn’t include settlements made outside the court system, which many insurers and businesses now resort to as they’re afraid of racking up even larger bills defending themselves in court. And it doesn't help that awards for personal injury claims in Irish courts are sometimes multiples of those awarded in other jurisdictions.

While some claims are genuine, many are frivolous at best and outright fraudulent at worst, and this is pushing up the cost of insurance for everyone, to the point where it's unaffordable for some businesses. And in 2019 we reached Peak Compo Culture when news emerged that a then 43-year-old Government TD was suing a hotel for falling off a small swing which she claimed wasn't supervised. Words fail.

The cost of public liability insurance is now a huge overhead for many businesses and this is feeding through into higher prices for everyone.

How do you feel about paying so much for some many things in Ireland? Do you struggle to get by each month? And what do you think the Government should do about it?

Sound off in the comments below!